There have been some bad marketing ideas in my lifetime that I’ll never forget. Coke II, Crystal Pepsi, O.co…but Windows 10 has taken bad marketing to an extreme I’ve never experienced. For those of you who don’t own PCs or haven’t been impacted (yet) by this steaming mound of feces they’re calling an OS “upgrade” please let me fill you in.

Since 2015, Microsoft has been forcing notifications to the desktops of Windows 7 and 8 users with blatantly confusing verbiage and links to try to fool you into upgrading to their new OS.

Many people found their way around this and just came to accept these pop ups as a nuisance that was part of day to day operations.

Like most people, I could accept that this was Microsoft’s prerogative to make their product annoying. What I didn’t expect was that over the course of a few weeks every computer at our office would begin automatically installing Windows 10. Now mind you, outside of one staffer who consciously made the upgrade, not one of our staff agreed to add this operating system. They came into work, started their computers and Microsoft forced the install. If this was a ten minute installation and everything worked just fine, that would be great. Unfortunately, that’s not what happened.

All together this upgrade has cost our company thousands of dollars in hardware and billable hours. The disregard for small businesses and self-employed types who rely on their computers to make a living is staggering. The brass at Microsoft made a conscious decision to force a download of unwanted software onto their customers’ computers and then had the balls to force the installation knowing full well that there would be potentially catastrophic consequences for a substantial portion of their customers.

Fortunately, Microsoft is getting f#$%ed, too

To my great enjoyment, I recently saw that a travel agent has already stuck Microsoft with a $10,000 lawsuit. Microsoft, though they didn’t fight the judgment, is claiming no wrongdoing. Riiiiiiiiiiiiiiiiiiiiiiiiiight. I usually give $10,000 handouts to people for no reason and I’m sure Microsoft makes a habit of this as well.

What if someone else tried to pull this off?

I was trying to think of an analogous situation here, and all I could come up with is waking up to your car having a post-it note on the windshield saying, “We’ve upgraded you to a manual transmission!” 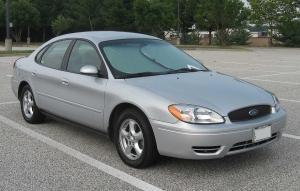 Imagine Ford showing up in the middle of the night and changing your transmission out for you. Suddenly your car won’t start. If it does start, you may or may not know how to drive a stick shift – so you need to re-learn how to drive just to use the car you already paid for and liked exactly as it was. Hopefully you don’t have a big meeting that morning. Fortunately, though, the note says you can revert your Taurus back to an automatic transmission, but when you try to do just that your car explodes after you’ve spent two hours following their instructions to put it back to the way you had it.

Lucky owners who do know how to drive a stick find out that other elements of their car no longer work or have been removed. You still like listening to CDs? Too bad! Ford removed the CD player because you’ve been upgraded to satellite radio – though you don’t have a satellite radio account. You want music? You’ll have to spend the time to figure that out on your own.

Can you imagine if this situation were real? Ford would be out of business overnight.

I honestly hope that Microsoft gets sued into oblivion over this. Our company, like many small businesses, can’t afford these sorts of losses in productivity. Whether Microsoft throws up its hands and claims ignorance or defiantly tries to hide behind their EULA there’s just no acceptable excuse for forcing (or deceptively pushing) unwanted, potentially harmful software onto their customers’ computers.

I suppose as the lawsuits mount and Microsoft has to divert more and more money towards legal fees, maybe they’ll understand where we’re coming from.

Adam Henige is Managing Partner of Netvantage Marketing. Adam heads the SEO and link building efforts for Netvantage and has been a contributing blogger for industry publications like Search Engine Journal and Moz.