Tweet
I recently had a discussion with some social marketers on the topic of local hashtags. Being from the mid-Michigan area, I described the #lovelansing hashtag in all its glory to these outsiders and they were somewhat perplexed.

“I’m not sure we have something like that in our area,” they mused.

Local hashtags have advantages that cannot be achieved by simply sorting by region or city; they bring communities together in a more cohesive manner and establish camaraderie among people that would otherwise be strangers. In a nutshell, these people (for the most part) share the same love and pride for their cities, communities, and States; They are able to start conversations and engage one another on topics near and dear to their hearts.  In addition to bringing people together, local hashtags help aggregate local information and content on events, businesses, and recent happenings turning Twitter Feeds into a mini, real-time newspaper of sorts.

I later continued the discussion with avid #lovelansing Twitter-ers and social experts Jen Middlin, Director of Marketing at CiesaDesign and Nicole Sunstrum, New Media Liaison of State of Michigan. We agreed that there weren’t any resources we knew of for discerning whether or not an area had a hashtag that was commonly used or for identifying the various hashtags for different regions.

Unable to locate such a resource, I took it upon myself to begin to gather information from Twitter-ers from all corners of Michigan to put together a local hashtag directory for the state of Michigan. I grew up in Ann Arbor, spent my teen years in the suburbs of Detroit, relocated to the West side of the state for college, and ended up working in the Lansing-area, but I am by no means an expert on all areas of Michigan so I hope that some great Michiganders will help me expand upon this incomplete list. Have something to add or alter? Let us know @malloryloren or @netvantage. 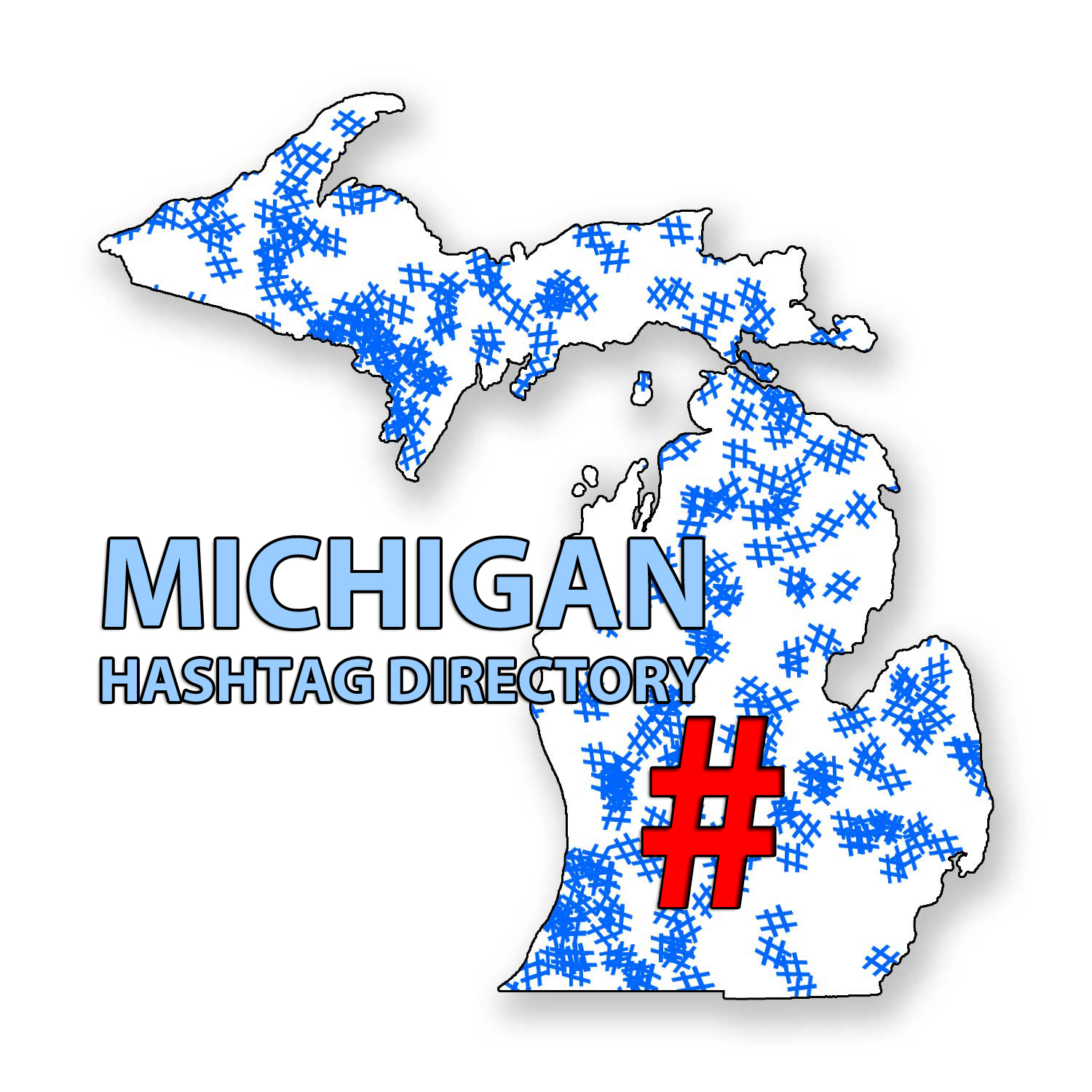 A big thank-you to Alex Beaton (@alexbeaton), of the AwesomeMitten.com (@awesomemitten) for her help, to @annarborcom & @wluctv6 for being so responsive, and everyone else that contributed.

When using  hashtags, Twitter warns users of overdoing it. Try to never use more than 2 hashtags in a tweet and try to stick the most applicable. Need a hashtag tutorial? Twitter does a great job of explaining how to and why you should use hashtags here.

The hashtag #michigan is used for both the State of Michigan as a whole and The University of Michigan.