It was a pretty normal Friday for me, when I read a news update from Search Engine Watch: Surprise! Google Updates PageRank Just in Time for Christmas. I can’t think of a better word than ‘surprise’ to describe that kind of news. Google had not updated their PageRank Toolbar since February 4th, and since 2011 support from Google has seemed to dwindle for updating and promoting PageRank. When asked about PageRank updates for the remainder of the year, Matt Cutts answered on Twitter in October that he would be surprised if an update happened. However, he made a nonchalant statement on Friday that a team at Google decided to update PageRank while fixing a different backend service.

A rare PageRank update: http://t.co/qMKGOd1UlP Team was fixing a different backend service and did a PR update along the way.

BUT MATT!! I HAVE SO MANY UNANSWERED QUESTIONS!! I thought PageRank was on its last legs. Why update PageRank and why now? How reliable is PageRank now for measuring the strength and quality of a webpage? Was this a well thought out and conscious decision made by Google, or was it just someone at Google saying, “Hey, I haven’t pushed this PageRank reset button in a while.” Before I start theorizing, I thought it would be interesting to analyze the PageRank changes that I personally saw, and how they compare to a few SEO metrics that I use to evaluate a webpage.

For better or for worse, I am a hoarder of link data, and I happen to have a list of 14,754 URLs with outdated PageRank data. All of the URLs along with their PageRanks were added well after the PageRank update in February and before the update on December 6th. Instead of deleting and re-adding PageRank data, I figured that it was a statistically large enough sample size to evaluate changes in Google PageRank and how they compare to other link metric statistics we use for SEO purposes. I chose Majestic SEO’s Citation Flow and Trust Flow, as I’ve found it a reliable and accurate measure of a webpage, and with the help of SEO Tools for Excel I can quickly and accurately update Majestic stats for lots of URLs. Here’s a table of the changes in PageRank from my 14,754 URLs.

While it’s clear that the majority of URLs were not impacted by the PageRank update, almost twice as many URLs saw a decrease than those that saw an increase. That said, I was a bit surprised that 1 in 10 URLs saw an increase in PageRank. I was under the impression that Google had slashed PageRank across the board, as others have noted that all websites saw a 90% drop in PageRank.

I also wanted to measure correlation between old PageRank and Majestic stats, and how much that has changed with the new update. When comparing old and new PageRank to Majestic’s Citation Flow and Trust Flow, this is what I found: 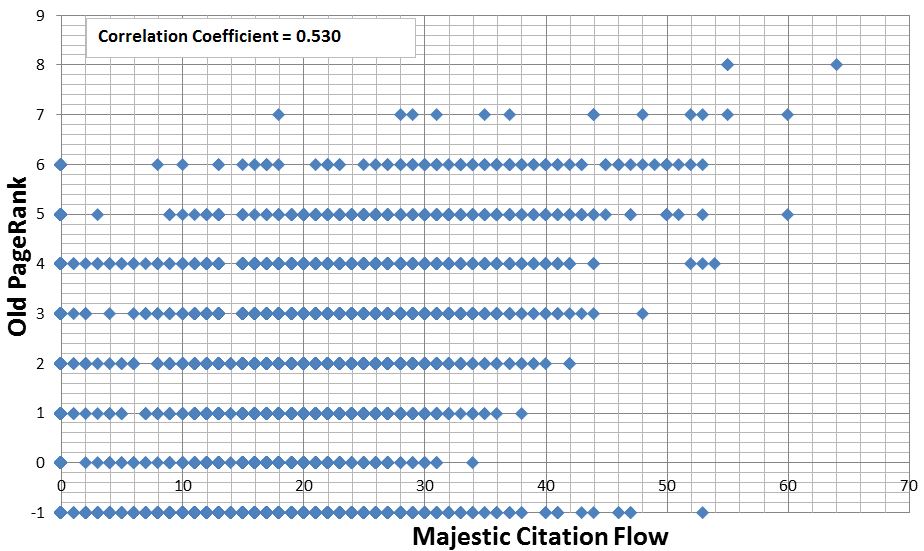 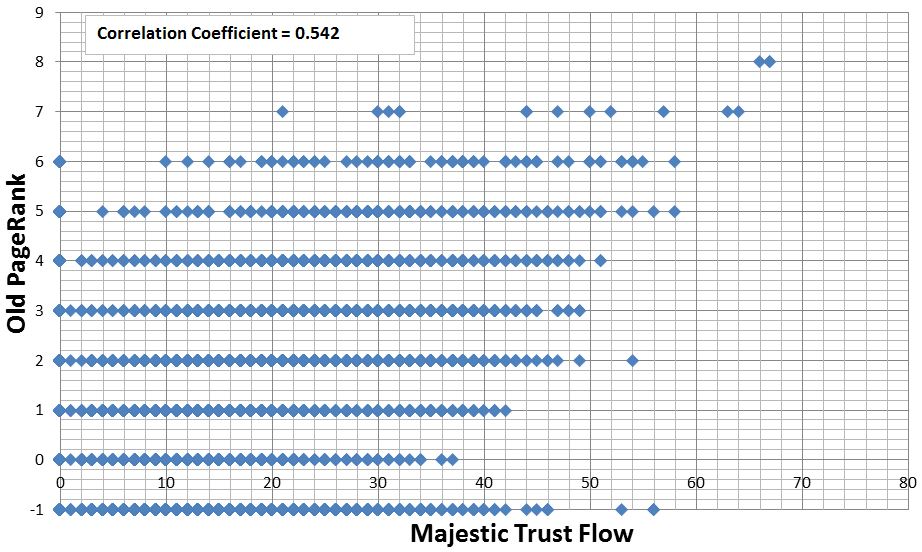 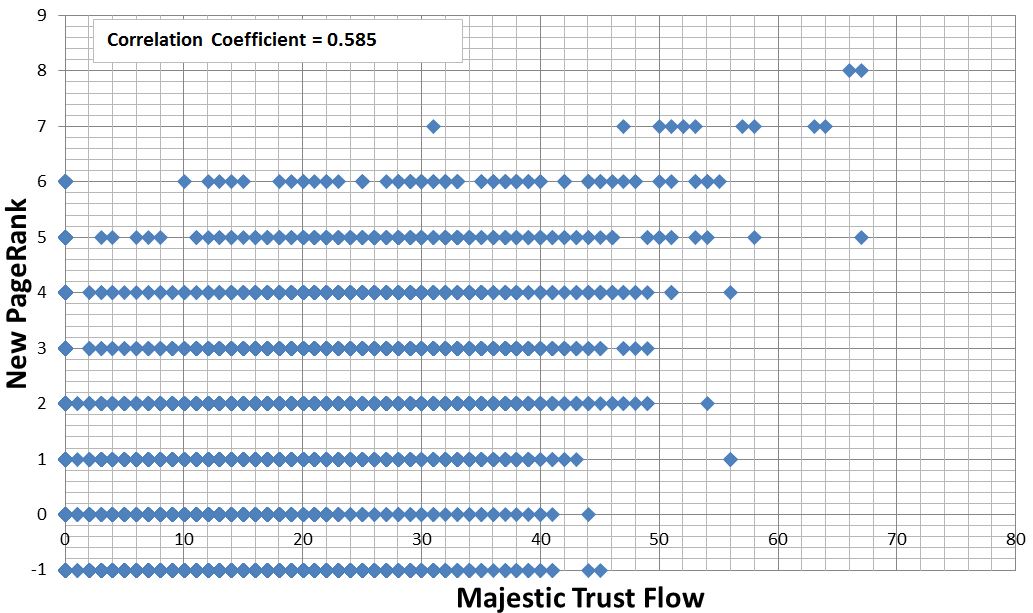 It’s clear that the relationship between Google PageRank and Citation and Trust Flow is better than before (if only slightly) and can be a more accurate measure of the strength and quality of a webpage, but why update PageRank, and why now?

With more webpages seeing a decrease than an increase in PageRank, Google may think the Internet hasn’t gotten much better since the last update in February. However, I wanted to know if Google would take the opportunity to update PageRank with the purpose of giving websites that create high quality and unique content a gold star, and punish sites and pages that encourage or engage in manipulative and spammy link building tactics? Would they choose to update that information now, just in time for the holidays, when so many companies are trying to figure out ways to bump up their rankings at the last minute? I pulled the meta descriptions that saw a change in PageRank, and threw them in a word cloud to see if there were any big differences.

Pages With an Increase in PR 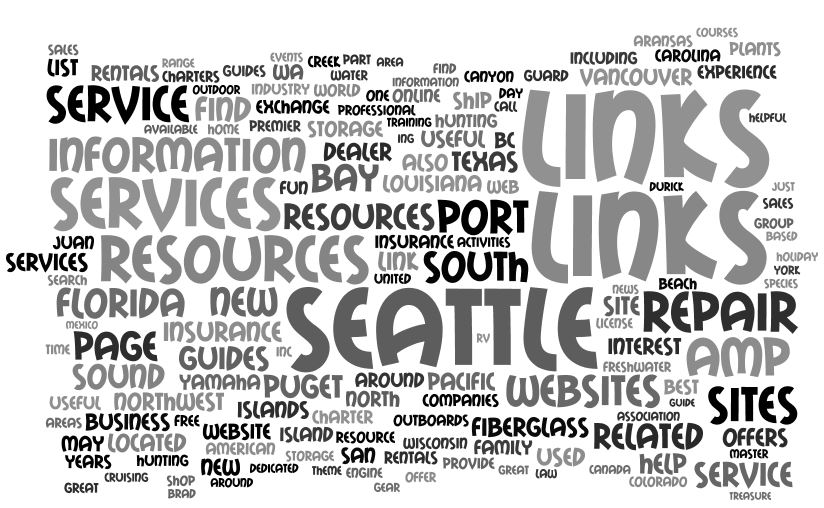 Pages With a Decrease in PR 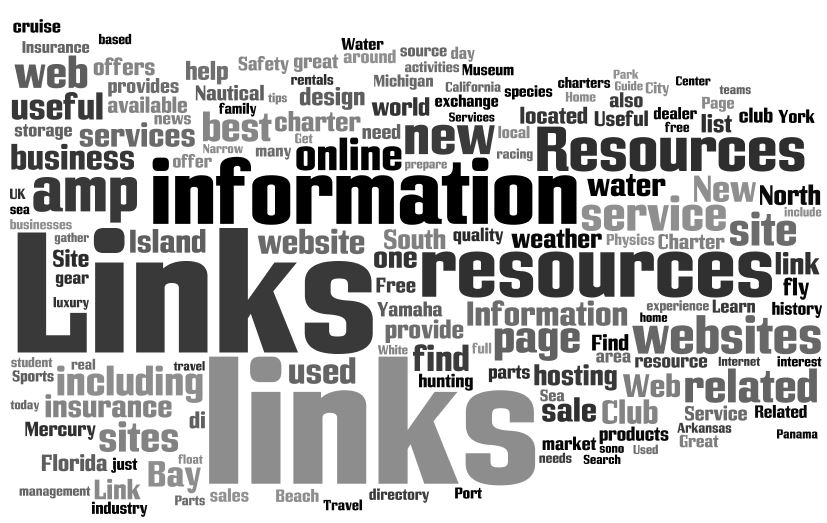 As you can see, it’s pretty inconclusive on what types of pages saw an increase or decrease in PageRank. I also looked at page title and meta keyword information and had a similar lack of definitive results. As Mr. Cutts stated in a video about PageRank posted not too long ago on October 7th, PageRank is a measure of links pointing to a page. That is likely still the case, and it would be hard to say that Google made significant changes in the PageRank Toolbar to be a strong indicator of anything else.

How Reliable is PageRank Today?

Others seem to believe that the PageRank we’re seeing today is still outdated, and just an echo of what a page’s PageRank would have been a few months ago. I haven’t found that to be the case – at least for blog posts, where you can typically know exactly how old a page is. Our previous blog post was published a couple of weeks ago, and has a PageRank. That said, any tool that measures on a scale of 0-10 is not designed to be a super accurate indicator of anything and PageRank has only become slightly more accurate at serving its original purpose: Being a rough indicator of how many links are pointed towards a webpage, and how highly Google thinks of that webpage.

What is the Future of PageRank?

As you can see by lack of recent updates in the history of PageRank updates, the future of PageRank doesn’t look all that promising. Additionally, no one from Google has come out to promote the new PageRank update or to claim that it should be used by all in the future. Additionally, Google hasn’t supported a PageRank toolbar browser extension since 2011, and it doesn’t seem to have any plans to re-launch it. If PageRank is still a rough indicator of links to a page, and has little to do with the quality of content on a page, I would imagine that use of PageRank in SEO will slowly decline as “relevancy,” “content,” and “quality” become more popular buzzwords in the SEO world than “links.”

Michael Hall is an Account Manager at Netvantage Marketing, which specializes in SEO, PPC and social media. Mike also runs our Denver office.