The answer, of course, is “well…maybe?”

Let’s get one thing out in the open straight from the beginning. I am a technology professional. I am not a finance professional. The information you get from this article will be based on my knowledge of the technology underlying the Bitcoin currency and my opinions on where the currency is heading. I’ll also throw in a little of what I’ve read on finance blogs but, in those cases, please understand that I’m strictly repeating what other (smarter) people are saying.

First, what is Bitcoin?

Put simply, Bitcoin is a new type of money–the same as US Dollars or Euro or Japanese Yen or any other. The difference is that the money is not issued by a country or bank. It is a decentralized currency that only exists on computers and is not backed by any economic drivers. Like “normal” money, though, you can use Bitcoin to buy goods and services from other companies that accept it. Understanding the detail of Bitcoin can get complicated so I’m not going to go into it all here. To learn more, here are a couple of searches that will help you:

How does Bitcoin work?

So, Should I Accept Bitcoin?

Holy crap! You’ve got to have steel-belted cojones to stomach those kinds of swings! 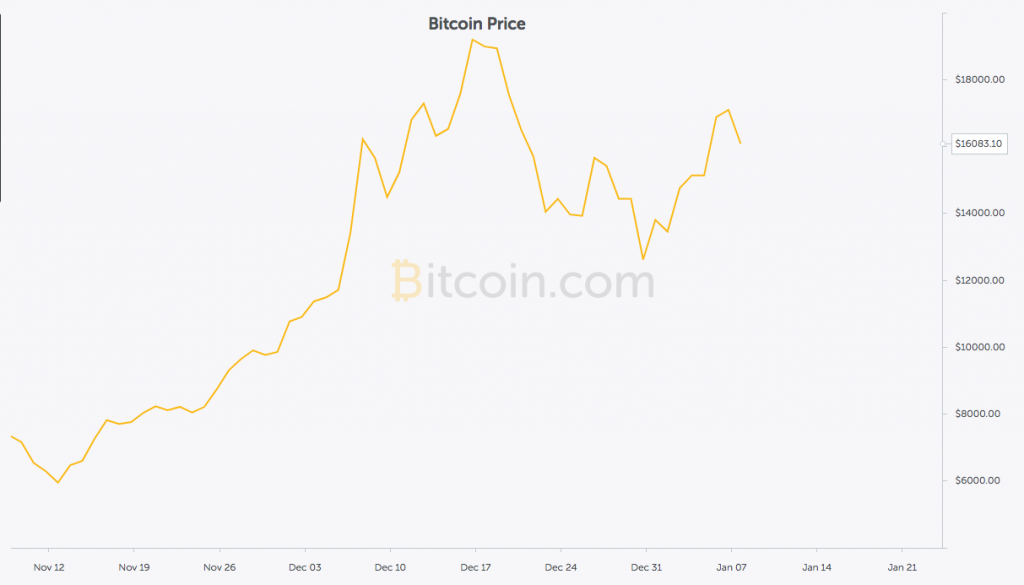 OK, How Does That Affect Me and My Business?

Well, let’s assume your online store is selling baseball bats for $100 each and you accept Bitcoin as payment. Today, you sell a bat and the buyer pays the equivalent of $100 in Bitcoin for that purchase. Tomorrow you check the exchange rate and notice that Bitcoin has dropped by 20%…so you effectively sold that bat yesterday for $80. That’s not a solid business move. But no one has any idea what the currency will do from day to day. It could just as easily have gone up by 25%…in which case you will have sold that bat for $125. Yippee! The kids are already planning their birthday presents!

Are Other Businesses Accepting Bitcoin?

Absolutely. The first legitimate company that I heard of to accept Bitcoin was Domino’s Pizza back in February of 2013. Bitcoin was valued at somewhere between $20 and $30 USD back then so if they accepted half a Bitcoin as payment for a pizza, that investment would now be worth about $7,000…for each pizza they sold with Bitcoin. Yowza!

Coindesk claims that a large number of companies accept Bitcoin as payment. Some notable names are Dell, Overstock.com, Newegg, and, oddly, the Sacramento Kings NBA franchise. Go check out coinmap.org to see which businesses in your area are on the wagon. 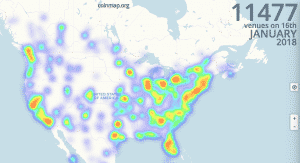 If you’re lucky, your website host will already allow you accept Bitcoin in your online store and perhaps all you have to do is establish your own Bitcoin wallet and enable that functionality in your host’s control panel. Shopify is one host that has this functionality built in. (Not an endorsement. I’ve never used them.)

If not, you could consider changing website hosts….but the easier solution might be to look into a Bitcoin Payment Processor or Gateway like CoinGate, BitPay, Stripe, or any of the others listed here. (Again, not an endorsement…just options for you.)

After I Take Bitcoin As Payment, What Then?

Well, that’s up to you. Many (perhaps all) of those payment processors can cash out your Bitcoin sales daily and transfer the equivalent US Dollars into your bank account. However, if you have enough operating capital and cash flow from other sources to continue to run your business, perhaps you might want to hold on to those Bitcoin for a little while and see what the currency does.

What is Bitcoin Going To Do?

HAHAHAHA! If I knew that I’d be working for Warren Buffet and making seven or eight figures per year. At this very moment, Bitcoin is trading at about $14,800 USD. Some analysts speculate that this is only the beginning–that Bitcoin might top out as high as $300,000 or $400,000. Others feel that the bubble could burst at any minute. One thing that I feel comfortable saying is that there will come a point when a significant number of investors think that Bitcoin has reached the peak and they will all sell off in short order. At that point, the value of the currency will plummet and you will be thanking yourself if you got out before that.

Jerod Karam is Director of Technology at Netvantage Marketing, an online marketing company specializing in SEO, PPC and social media. Jerod consults with internal and external clients on all matters technical and is responsible for most of the technical work and custom online tools the company uses.